How To Use Two Physical Sims On iPhone 12 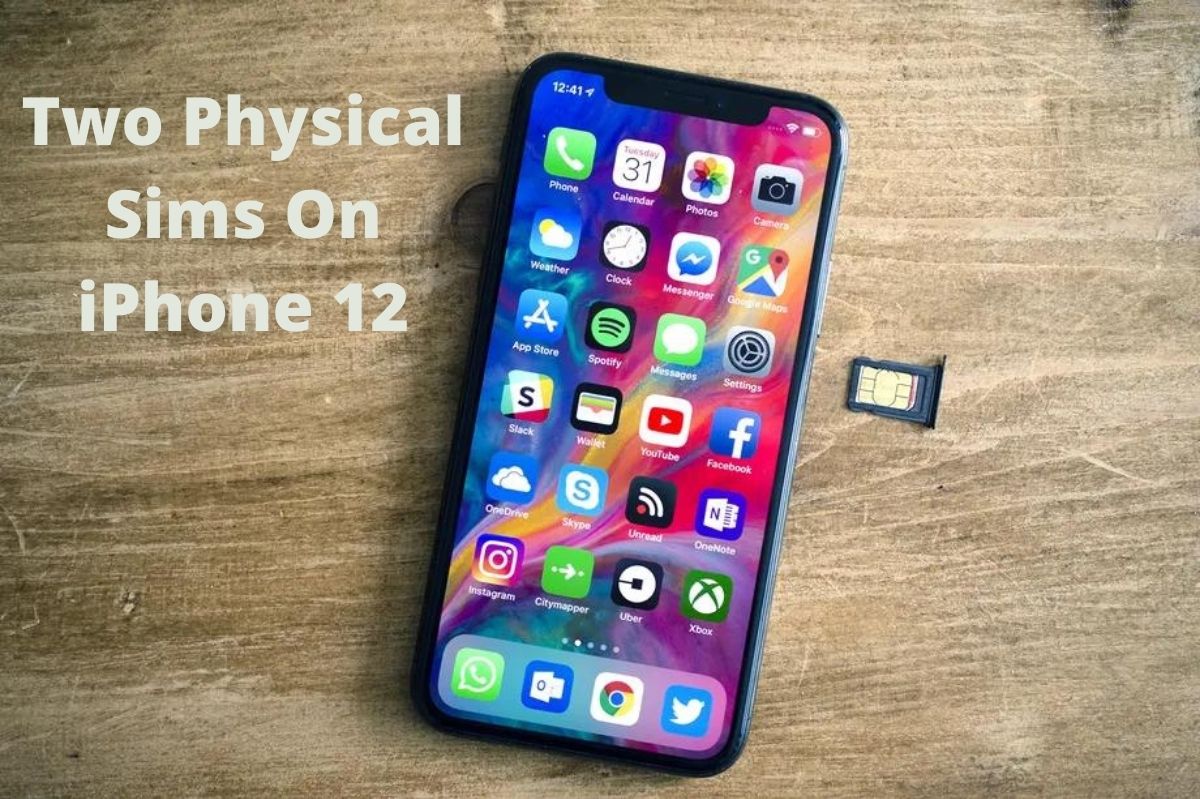 The latest generation iPhones all support two sim cards, one physical and one in digital format, the eSim (electronic sim), which however has a scarce diffusion in the world. There are still very few operators offering this service (in Italy they are Tim, Vodafone, and Very Mobile, although it has long been rumored that Iliad, CoopVoce, and Fastweb are about to launch theirs) which certainly presents a series of advantages from the point of view of the possibility of purchasing a new line remotely and of the ease of management. Apple has made it available from the iPhone X onwards.

The “physical” sim, the plastic rectangle we all know, however, has a completely different charm and another usability. Most mid-range and high-end Android phones, but also Nokia’s inexpensive “dumb” phones such as the 3110 and 8110, have physical dual sims. That is, it is possible to use two sims at the same time, perhaps one for work and one for leisure time, or to pair a travel sim to the home sim when you are abroad, or a thousand other possible combinations.

The iPhones, however, do not have the second physical sim. That is, they have it, starting with the iPhone X, but only in the version that is sold in China, at the request of Beijing which is not very favorable to the digital sim (more difficult to control) and because 99% of smartphone users it has two different lines that allow them to communicate in different places and contexts. However, Apple does not offer this solution for all users but only for Chinese ones.

So, Hugh Jeffreys asked himself, if iPhones support two physical sims, perhaps it is possible that for all the devices marketed there is a physical double sim instead of a physical and an eSim. After all, the devices already have two IMEI codes for managing two sims, and after all, the component that physically houses the single or double sim is modular and has the same size (Apple has not redesigned the phone to make room for two sims). And perhaps, the maker reasoned, just change the component of the phone.

Using an iPhone 12 device whose glass had been replaced by an unauthorized laboratory due to breakage, and therefore with the warranty already invalidated, Jeffrey did an experiment: he ordered online the spare part for a Chinese iPhone with two sim and decided to replace it with that of his American iPhone 12.

After disassembling the phone, which is something that invalidates the warranty and which is not easy and requires special tools and experience, he easily arrived at the component that changes in an extraordinarily easy way compared to the standards of complexity we are used to with iPhones. . Just a little, two plus two screws and a couple of contacts and the module is released.

Put the new module, which has exactly the same footprint and the same connections, when the phone restarts the double IMEI number always appears but with the configuration of two physical sims instead of one physical and one digital. The system software accepts the change and there is no lockout provided by Apple for a non-genuine component of the device, as happens instead for the TouchID sensor, the camera, and other components such as the battery, if changed with parts that are not they are made by Apple. Furthermore, the sim holder is not glued but simply screwed on.

Apple, therefore, has a very easy option to be able to offer devices equipped with two physical sims on other markets and not just the Chinese one, and this solution could be very interesting and competitive for many potential iPhone buyers, even if evidently the company goes in the opposite direction and would rather store the hardware component and only offer eSim, if that were possible with what is offered on the market.