When Technology Injects New Energy Into Sports, We Are All Becoming 5G Specialties 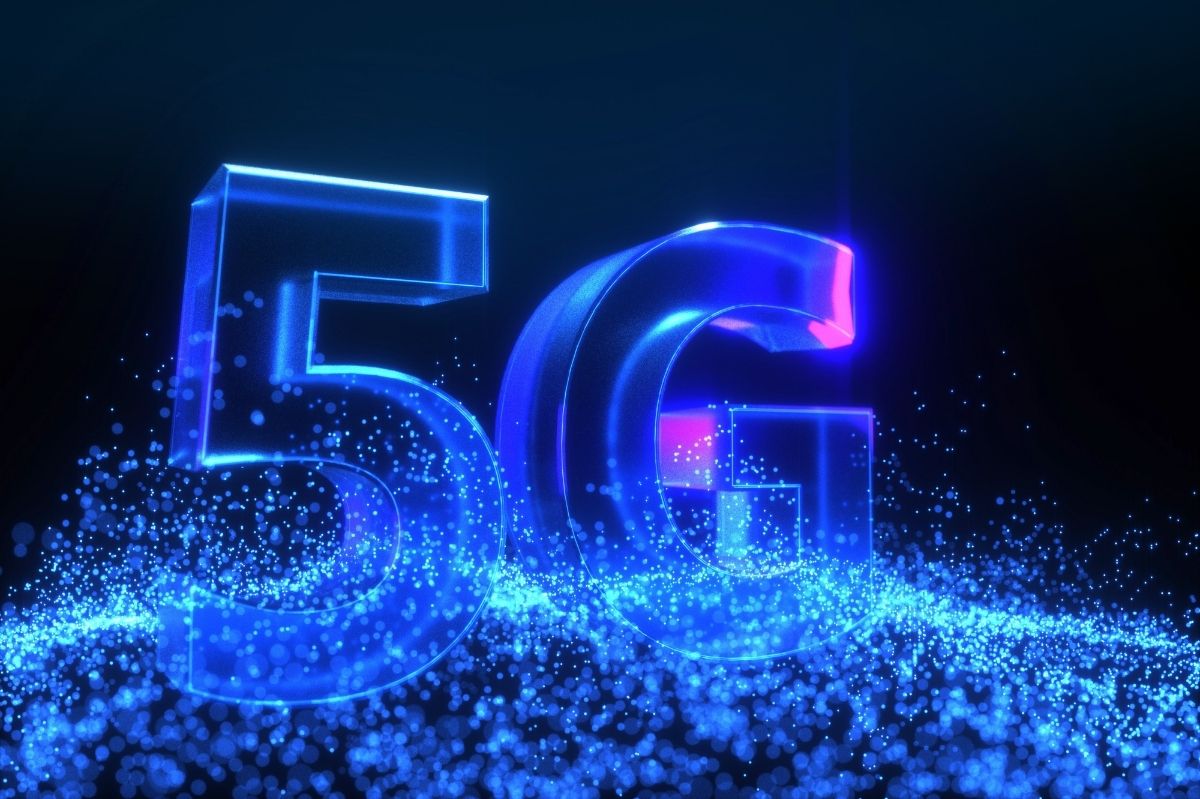 If the technological power of communication and computing is the new feature of the new era of civilization and fire, then the ecological power of openness and innovation is making “5G+AI” a new specialty of every industry.

In Greek mythology, when Prometheus stretched the branches of fennel into Apollo’s sun cart, stole the fire, and gave it to the world, human society entered an era of civilization. In modern society, the power of science and technology is the new “fire” that continuously promotes the progress of human society and changes the production and lifestyle of mankind. Therefore, it is no surprise that the modern Olympic arena, which is also derived from Greek mythology, has become a burning arena of technological “fire”.

5G+AI, The New Energy Of The Sports Technology Arena

The next two years are undoubtedly two years for the sports industry to shine. The Tokyo Summer Olympics and the Beijing Winter Olympics will open one after another. In the sports arena, it is not only a competition field for athletes but also a testing ground for cutting-edge technology-5G+AI. A new technology partner has begun to appear frequently.

Looking back at the World Table Tennis Championships in 1959, Chinese athletes won the first world championship for China, and the whole country was excited. Since then, table tennis has become popular in China and has become a de facto “national ball” sport in China. Guoqiu is experiencing the new energy ignited by the power of 5G+AI technology.

When it comes to sports, especially ball sports, the pain point of professional training is not simply sparring, but how to achieve the effect of technical stereotypes through training, that is, let the action form muscle memory and become a physical habit. Traditional professional training methods usually rely on coaches to “feed the ball” to athletes, but this places extremely high requirements on the coach’s own physical fitness and level because people cannot accurately determine the landing point, speed, rotation, and other parameters. Consistency controlled.

As a result, a Pangbot anthropomorphic table tennis robot came into being and became the latest achievement of science and technology-empowered sports. It stimulates athletes’ limits through the control and adjustment of parameter consistency, quickly forms strong muscle memory, and can provide It conforms to the training modes of table tennis players of different levels and fully fits the various scenes of table tennis training.

In other words, you can experience training content of different levels of difficulty when you play against a Pangbot table tennis robot, and get real-time training data feedback, making table tennis training professional and not boring. To say that the core brain behind this comes from the world’s first robot platform that supports the 5G+AI-Qualcomm Robotics RB5 platform, which makes intelligent machine eyes and smart machine limbs possible.

First of all, it “responds quickly.” Table tennis, as a high-speed ball sport, requires robots to react quickly and flexibly to make human-computer interaction more harmonious. The reason why the Pangbot table tennis robot reacts quickly is that the Qualcomm robot RB5 platform it carries uses the Qualcomm AI engine. The overall AI computing power reaches 15 trillion times per second, which is equivalent to the level of the top graphics card.

It satisfies a large number of inference needs of robot AI and machine learning; coupled with Qualcomm RB5’s support for 5G, 5G’s low-latency characteristics can feedback training data to the back-end in real-time, thereby real-time analysis of the quality of athletes receiving and serving. If not, after the table tennis has been played, even if the system statistics result is slow by 1 second, the next serving trajectory has already taken place, and there is no real training data at all.

Secondly, it “seems right.” In order to ensure that the trajectory of the ball is captured more accurately, the secret weapon of the Pongbot table tennis robot is the Hawkeye system, which uses a binocular vision system supported by two cameras, and the frame rate of the camera reaches 200 Hz.

This means that it can process two 720P photos at the same time within 5 milliseconds. In the field of deep learning, the realization of this technology is actually quite difficult. Because the Qualcomm RB5 platform is equipped with Spectra 480 ISP, on the one hand, it supports up to seven parallel cameras, which can bring a processing speed of 2 billion pixels per second, so that the robot can capture fast-moving, professional-level photos and videos; on the other hand, it can bring The same powerful real-time positioning and mapping (SLAM), object detection and classification capabilities allow Pombert to accurately record the trajectory of the table tennis, while also analyzing and processing more data such as ball speed and strength and providing real-time feedback.

In the end, it “spins well.” With the help of the Qualcomm Robot RB5 platform, the Eagle Eye system collected a large number of professional athletes’ swing data, established a deep learning model of racket receiving and serving, and used it to realize the hitting action of table tennis.

At present, this system can achieve precise control of the flying speed, rotation, landing point, and height of the table tennis ball. The robot can achieve a maximum serving speed of 12m/s and a maximum rotation speed of 80 revolutions/s. And the moving speed of the end of the robot can reach 12 meters per second, which is about 3-4 meters per second for many robots of the same type on the market.

With the above-mentioned innovative technology blessings, the Pangbot table tennis robot is not only a “sparring” for professional table tennis players but also a “teacher” for table tennis amateurs. It can be called a masterpiece of intelligent transformation in the field of sports.

Table tennis Olympic champion Wang Liqin once said that the concept of “no technology, no sports” has been recognized by more and more people in recent years. In competitive sports, to obtain excellent results, it is necessary to form a joint force in training, scientific research, and medical affairs, especially to increase investment in sports science research and strengthen the application of science and technology in competitive sports. Wang Liqin’s point of view is actually not only applicable to sports, but also to a wide range of industries.

The technological “fire” of 5G+AI has been ignited in all aspects. As the commercialization of 5G enters the next stage, the transmission of the technology torch is also accelerating, giving birth to more services and more applications.

This trend can be felt in macro figures. According to the latest data of the IHS “5G Economy” report, by 2035, the global 5G value chain will create 13.2 trillion US dollars in economic output and 22.3 million jobs. 3.4 times the number of jobs supported by the same economic output level.

At the policy level, the feeling of urgency is also on paper. According to the “5G Application “Sailing” Action Plan (2021-2023) (Draft for Comment)” previously drafted and compiled by the Ministry of Industry and Information Technology, it has clearly proposed to promote the application of 5G in many fields such as the industrial Internet, the Internet of Vehicles, and smart logistics. The goal is to In 2023, my country’s 5G application development level will be significantly improved, and comprehensive strength will continue to increase.

At the ecological level, the pace of innovation leaders is also very firm. In the field of mobile communication technology where 5G is located, as far as we know from the historical experience-no progress can be done by the enterprise alone, it needs an ecosystem composed of enterprises, technologies, applications, and users to create value together. Among them, the role of ecological leaders is extremely critical.

Take Qualcomm as an example. Since the commercialization of 5G, Qualcomm and its partners have witnessed and participated in the large-scale deployment of 5G in China. Over the years, Qualcomm has adopted a series of projects such as the “5G Pilot Program”, “5G Internet of Things Innovation Program”, 5G Joint Innovation Center, and 5G Ecological Investment based on the original intention of “rooting China, win-win cooperation, and seeking common development”. , Supporting the development of various industries such as wireless communications, smart terminals, automobiles, robotics, and the Internet of Things, helping partners to better grasp global market opportunities.

5G+AI is the focus of Qualcomm’s long-term work. Hou Mingjuan, Qualcomm’s global vice president, once judged that 5G+AI will be the mainstream trend of mobile Internet in the next few years. It should be said that the further development of the potential advantages between the two has been a consensus in the industry.

And transportation is an area that deserves special attention. Recently, Qualcomm completed its latest investment in the cellular vehicle networking (C-V2X) and computer vision-related solutions provider Zhuo Vision Zhitong, which will further promote the exploration of cooperation between the two parties in the field of AI and jointly promote the development of smart transportation under the power of 5G.

The outstanding achievements of athletes come from their own hard work and the concerted support of all parties such as the coaching staff; facing the new world of the Internet of Everything and the era of intelligence, thousands of industries need the strong empowerment of an open technology ecology. If the technological power of communication and computing is the new feature of the new era of civilization and fire, then the ecological power of openness and innovation is making “5G+AI” a new specialty of every industry.

Also Read : What Is IoT? Easy to Understand And Easy Explanation Of The Meaning And Mechanism!